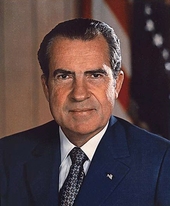 "Let us build a structure of peace in the world in which the weak are as safe as the strong — in which each respects the right of the other to live by a different system — in which those who would influence others will do so by the strength of their ideas, and not by the force of their arms. Let us accept that high responsibility not as a burden, but gladly — gladly because the chance to build such a peace is the noblest endeavor in which a nation can engage."
- Richard Nixon, Inaugural Address, Jan. 20, 1973

•Talks began in 1969, between US and USSR
•By 1972 the first SALT treaty (SALT I) agreed that both countries would limit their number of ICBMs
•SALT II, 1979, intended to accomplish nuclear parity
•SALT II got interrupted by the Soviet invasion of Afghanistan
•1980 Ronald Reagan became President and ended detente

Summary: Beginning in 1969, these SALT talks between the US and USSR set out to control certain nuclear weapons. The first concluded in 1972 (SALT I), and the second was drafted in 1979 (SALT II) but was never ratified. In 1980, Ronald Reagan became president. 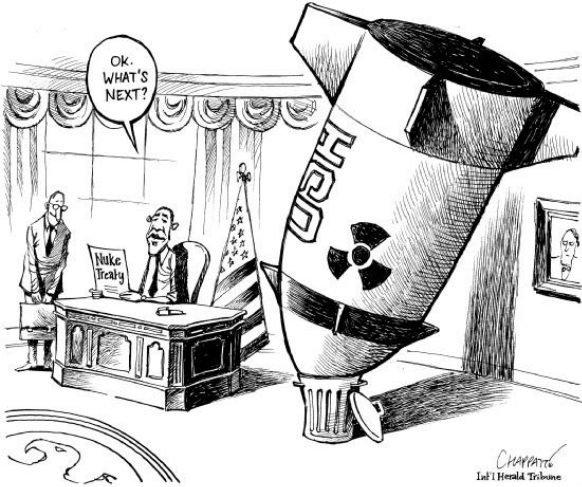 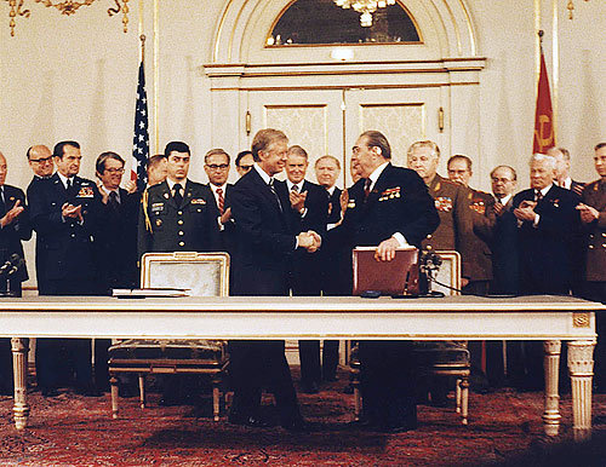