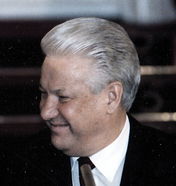 "Let's not talk about Communism. Communism was just an idea, just pie in the sky"
- Boris Yeltsin

•Poland had a history of liberation movements
•Lech Walesa had formed the solidarity movement of trade unions in 1980
•1981 the gov’t cracked down with martial law under General Jaruzelski
•1989 elections were held in Poland the solidarity movement won 92% of the vote and 160/161 seats
•The solidarity leader, Tadeusz Mazowiecki became Prime Minister although Jaruzelski remained President
•Dec. 1990 Lech Walesa became President of Poland
•Hungary had been ruled by Janos Kadar since the 1956 Hungarian uprising
•After watching events in Poland they allowed free elections in March 1990
•The Democratic Forum won with Jozsef Antall as the Prime Minister

Summary: Solidarity movement led by Lech Walesa in Poland. 92% of people were in favor of the movement which showed how much of the population wanted to rid themselves of communism.

•Czechoslovakia protested during the “velvet revolution” Nov. 1989
•After a nationwide strike the Communist party resigned in favour of Vaclev Havel
•In 1992 the Czechs and Slovaks decided to separate into two independent countries
•Romania had been ruled by Nicolae Ceausescu since 1965
•He ordered protesters shot in Dec. 1989, after two days the army refused orders and executed Ceausescu and his wife
•Bulgaria had its first free elections in June, 1990
•Albania became democratic in 1992
•Yugoslavia disintegrated into civil war in 1991

Summary: Czechoslovakia protested during the “velvet revolution” Nov. 1989 and after a nationwide strike, the Communist party resigned. In two years, all of the former Warsaw countries become democratic. 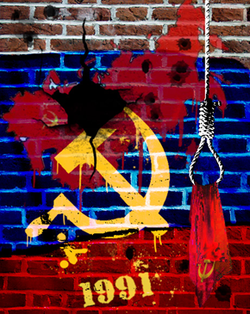 •Gorbachev made a couple of major changes in 1990
•First was he introduced ‘rule of law’
•He felt that socialism could be achieved within a democratic state
•Second was the ‘500 day plan’ dealing with the deficit
•Finally, the Union Treaty giving the republics more autonomy

Summary: Changes occurred during this time. "Rule of law" was introduced as Gorbachev felt that socialism could be achieved within a democratic state. To deal with the deficit, the "500 day plan" was brought in. The "Union Treaty" gave the republics more autonomy. 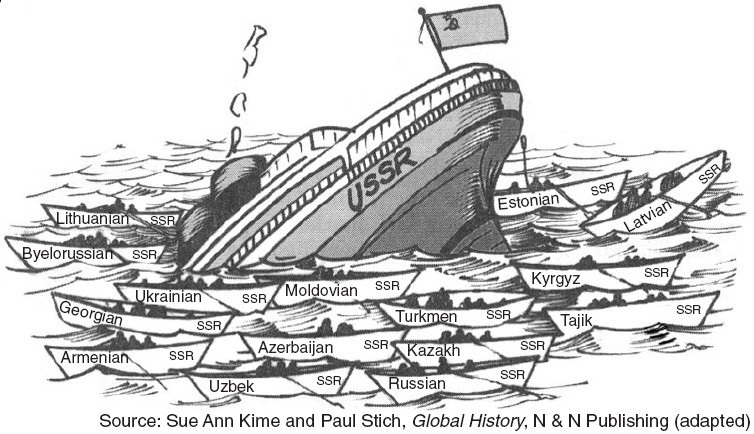 •An attempted coup d’etat takes place in Aug. 1991
•He is saved by Boris Yeltsin who became the effective leader of the country
•Gorbachev became a lame duck leader and Yeltsin made the final step to outlaw the Communist party in the Russian Republic
•Dec. 1, 1991 an independence vote is held in the Ukraine which voted in favour of independence
•This led to the formation of the Commonwealth of Independent States (CIS) and the end of the USSR

Summary: Attempted coup d'etat takes place in 1991. Boris Yeltsin takes over as leader where Gorbachev became a lame duck. Yeltsin took the final step in outlawing the Communist Party in the Russian Republic. Independent vote in the Ukraine in favor of independence. Led to the formation of the Commonwealth of Independent States and the end of the USSR.
Powered by