History 12
“There were thousands of trails, thousands of rest spots along the way where enemy troops could seek refuge and build up.”
- M Maclear

•The National Liberation Front (NLF) supported by the North
•Sent supplies on a route from the north through Cambodia, Laos and behind lines into south Vietnam
•The U.S. refused to fight on Cambodia or Laotian territory so supplies remained safe

Summary: The Ho Chi Minh Trail was a system that ran from North Vietnam to South Vietnam through the neighboring kingdoms of Laos and Cambodia. 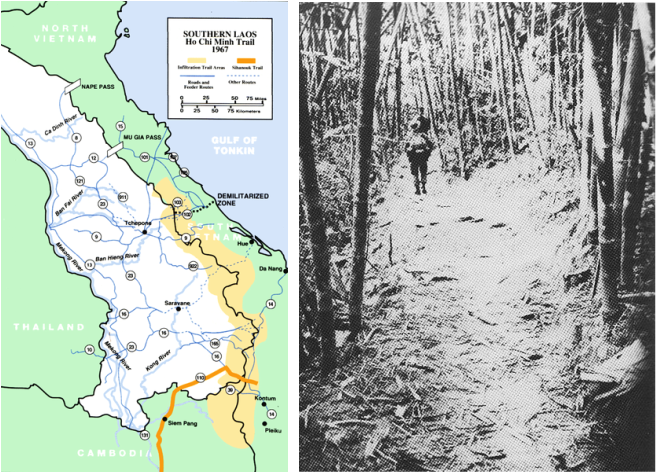 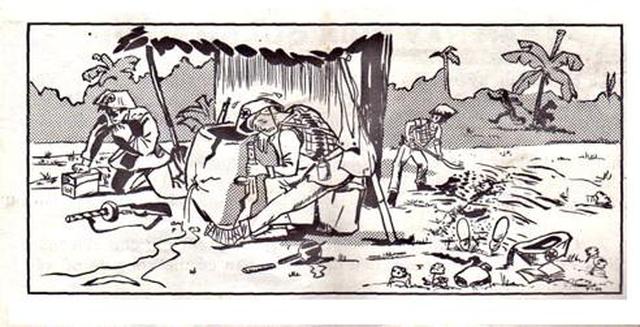 Leaflet T-02 is a cartoon showing the terrible ravages of disease the Communist soldier faces as he walks south. It depicts three very sick North Vietnamese soldiers, one burying his comrades. The back is all text: LOOK AROUND YOU Find your two nearest comrades. Look at them carefully. By the end of the three month march into South Vietnam that you are just starting, one of the three of you will not be on his feet, but lying on his back wracked with the fevers of malaria or other jungle diseases. If he is lucky, he will be carried on a litter or lying on the floor of a makeshift dispensary along the way. If he is unlucky, he will be left behind on the trail. You have your malaria pills. Guard them carefully. If you take them regularly, you may live to die in the South.
Powered by