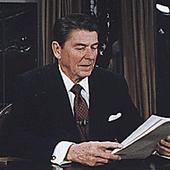 "I call upon the scientific community in our country, those who gave us nuclear weapons, to turn their great talents now to the cause of mankind and world peace, to give us the means of rendering those nuclear weapons impotent and obsolete."
- Ronald Reagan March 23, 1983 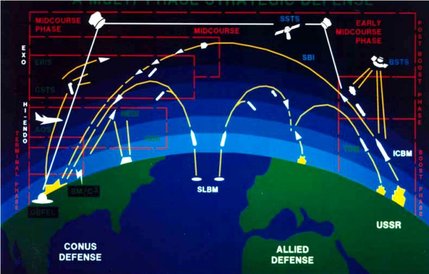 •The Strategic Defence Initiative (SDI) - Also known as “Star Wars”; wanted to have a defensive umbrella over the U.S. to shoot down incoming missiles from space
•Soviets could not afford to keep up with this kind of science
•The arms race would not fizzle out until Mikhail Gorbachev came to power in the USSR in 1985

Summary: SDI was Reagans idea (based off the movie Star Wars) where there would be a defensive umbrella protecting the US from missiles. This lead to an arms race where neither country (especially the Soviets) could afford to keep up with the science. The race fizzled out when Gorbachev came into power. 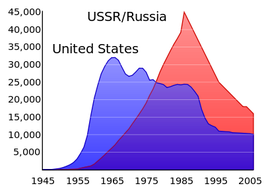 •The USSR had a 3:2 advantage in sheer numbers
•New issue is how to deliver them
•Cruise missiles are placed in Europe by NATO
•‘Smart Weapons’ - planes, weapons and even tanks begin to be controlled by computer and are ‘guided’

Summary: The USSR outnumbered the USA in missiles but the dispute was over where they were to be placed. During this time, smart weapons are introduced. 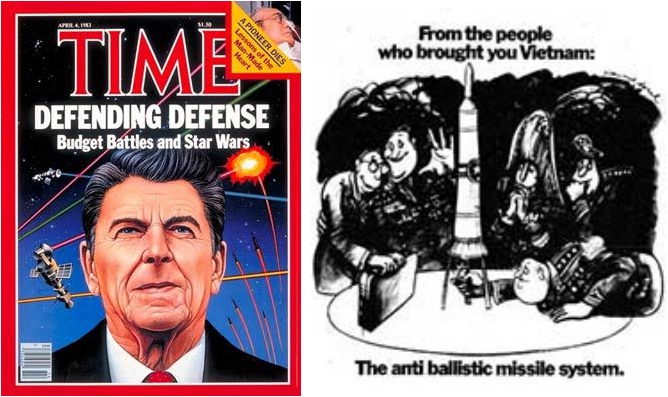