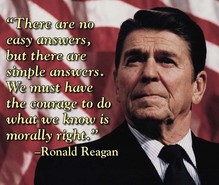 "There are no easy answers, but there are  simple answers. We must have the courage to do what we know is morally right."
- Ronald Reagan 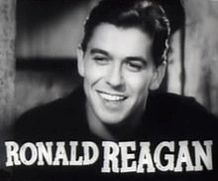 •40th U.S. President
•A former Hollywood actor
•Elected for a second term in 1984
•Saw the USSR as the ‘evil empire’ and wouldn’t negotiate with them for the first years of his Presidency
•Was much more hardline than the détente Presidents
•Increased military spending dramatically as part of the renewed arms race with the USSR

Summary: Ronald Reagan was elected for two terms at the US President serving from 1981-1989. He viewed the Soviet Union as an "evil empire", was much more hardline than other detente presidents before him. He wasbig on military spending.