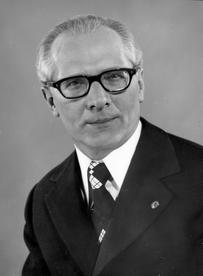 •Erich Honecker, East German leader ran one of the most repressive Soviet Satellite gov’t
•In fall of 1989 thousands of demonstrators demanded greater freedoms
•Honecker wanted to shoot them, was overruled and replaced by Egon Krenz
•On Nov. 9, 1989 the Berlin Wall was opened and free elections were held

Summary: The East and the West wanted reunification. The Berlin Wall was opened on November 9, 1989 and free elections were held. 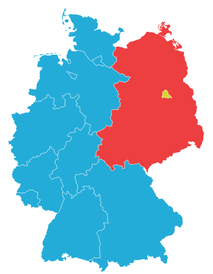 •The West German Christian Democratic Party, led by Helmut Kohl won on a reunification platform
•30 October, 1990 the two Germany’s became one with Kohl as the Chancellor


Summary: Led by Helmut Kohl, The WGCDP won a reunification Platform and in 1990, Germany became a whole once more with Kohl as Chancellor.